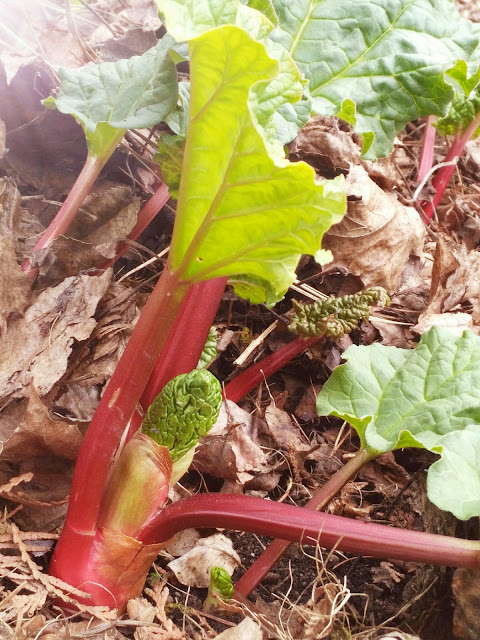 We got a horrible shock just before Christmas. An electricity bill. An overdue electricity bill. Yup, somehow, in the chaos of our lives, we had forgotten to pay the darn thing...and were being threatened with disconnection. It wasn't just the "ackkk!" immediacy of the problem that freaked me, it was the SIZE of it. Over $800! Yeah! I know! Now granted, this was four month's worth of juice, as our supplier bills every second month and we'd, ahem, overlooked the previous invoice. And the amounts were based on estimated usage based on our previous consumption, 'cos said supplier was in the middle of a labour dispute and no-one was on duty to read the meters (so much for "smart meters" eh? You'd think they'd be able to read themselves and self-report...) But still. That's a lot of juice. To be precise about it, 62 kWh per day. PER DAY!

So, that's when the crack down began. It HAD to be reduced, and drastically.

First stop, Dearest's greenhouse full of fig trees. Sorry, but if the Creator wanted fig trees to grow here in the Great White North He'd have arranged it so we wouldn't have to sell our firstborn to Fortis electicity company to do so. The electric heater had to go. In went a secondary layer of plastic sheeting to create a greenhouse within a greenhouse, so to speak. Besides, all the literature says fig trees need a period of dormancy. True, these trees may now be permanently dormant, but hey, I can buy a heck of a lot of figs from the grocery store for the amount of money we've been throwing at the electric company just to keep those trees in a sub-tropical paradise.

Next stop, every room in the house. Precisely why house builders of the 1980's chose to put light fixtures in the bathroom which hold 12 light bulbs may forever remain a mystery...to me at least. But out came 10 of them. That's plenty of light to be able to do all the things any of us may need to do in a bathroom, and not quite enough to illuminate this writer's cellulite. It's all good.

Another stop was the secondary freezer. Yeah. Secondary. It holds seeds for our garden. Seeds transferred into our cool room/pantry. Freezer turned off. Making progress.

Add to this, turning off computers not in use, never using the electric clothes dryer, and generally being more vigilant, and we have been able to reduce our electricity consumption to about 21 kWh per day.

Obviously, this has taken a little monitoring...like daily...so see what, if anything, spikes our usage. And one thing caused a spike and really surprised me...my slow cooker!

Yeah. I know. Supposed to be the mother of all energy saving appliances, right?

I use mine several times each week..usually overnight...to cook beans or to make vegetable stock. But monitoring our electricity consumption daily revealed that our overnight consumption almost doubled when the slow cooker was in use.

So...being well schooled in the art of tightwaddery...I decided to come up with an alternative.

A "new" product on the market had caught my eye of late: called the Wonderbag...it is a portable slow cooker which is, essentially, a styrofoam-bead insulated pillow into which you can put a hot container of food and leave it alone to continue cooking in its own retained heat. The idea isn't a new one. It's based on the old haybox cooker of the late 19th century...or probably earlier.

While I like the idea of this product, I don't like the price tag...even if some of the money does go to charity. And having viewed a few of the manufacturer's YouTube video's, I am concerned that there is something a little misleading: the advertising spiel repeatedly states that using the Wonderbag will reduce the need for women in Africa to collect firewood to heat their food. But the videos show women using propane to initially heat their food...propane can, of course, be easily switched off when you no longer need it. But if the woman doesn't have propane and still uses wood to do the initial heating of the food, then the woman is still reliant on collecting wood.....and exactly how do you "turn off" a rudimentary wood stove after a few minutes when you've heated your food? There isn't a knob to turn.

Anyway, I digress. I decided to experiment with my own haybox. And it works like a charm.

Take one old wooden wine crate (courtesy of my inlaws...thrifty they're not), some insulating material...I used some leftover quilt batting and that heat reflective fabric that you put inside homemade oven mits...and one large quilt. Towels and hoodies would works just as well. Bring your food to a rolling boil on a conventional stove...or whatever you have available...and then place in the box and wrap it up nice and snug. Leave for as long as you can...at least four hours. So far I've cooked grains, beans, lentils, stew, potatoes...all with great success. Give it a try. And keep your firstborn. I plan to keep mine! 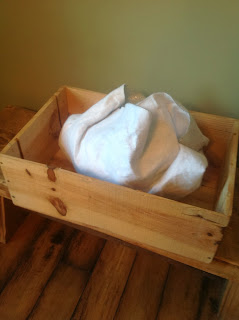 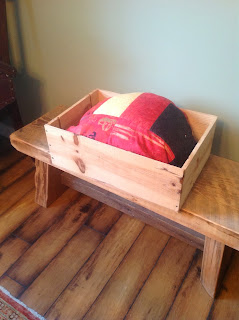 Frugal Food...Or Why I DO make my own tortillas...

A while back I was reading one of the many interesting and inspiring blogs out there on the subject of slashing $s off your grocery bill...and learned that for some people certain things are not necessarily more economical if home made.  This was news to me.  It hadn't really occurred to me that there would be too much regional price variation on basics...but evidently there is.  The writer in question lives somewhere along the USA/Mexico border and can buy several dozen ready made flour tortillas for a couple of bucks.  Yes, I said several dozen! Not so up here in Western Canada.  The standard price for 10 large flour tortillas in my local stores is around the $4.00 mark, or $0.40 each.  If you're cooking for a family, that can sure add up quickly...and you haven't  even added a filling, let alone salsa etc.   What ever happened to a cheap burrito dinner to stretch the budget?

If you're like me you're always looking for ways to make things better AND more affordable.  That's where a pantry stocked with bulk purchased basics comes into play. Note, when I say "bulk purchased" I do NOT mean purchased from the bulk self serve bins in some grocery stores....they're often the most expensive way to buy staples. The most affordable way to buy flour here is by the 20kg sack from a wholesale store.  The current price works out to 0.09 cents per cup of flour, a cup weighing approximately 130 grams  Two cups of flour will make 8 large tortillas...that is 18 cents worth of flour.  Add in about $0.30 for the other ingredients, and you have a rough total of $0.50, or $0.06 per tortilla...a saving of $0.34 cents each over store bought.


For our family, eating burritos or enchiladas at least one night per week in addition to those after school refuelling wraps and quickie quesadillas, that means a saving of several hundred dollars each and every year. 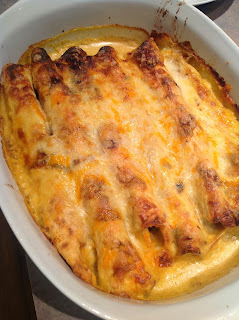 Sure, it does take a little time to make them, but as with everything in life,  it becomes easier and faster with practice.  And besides, what else are you gonna do on a snowy morning while listening to The Sunday Edition on CBC radio?  This is my current go-to recipe for homemade tortillas....Don't skip the resting of the dough...it really makes all the difference: Foolproof Flour Tortillas
No comments:

So far (about half-way into the book) I'm really enjoying this very frank memoir about food, women, and finding a way back to happiness - in the kitchen.  I particularly love the personal anecdotes about food writers, such as Marcella Hazan, whose work I'm familiar with, but even more so, the ones about those with whom I'm not familiar, such as Marion Cunningham.  Makes me want to rush out and buy another cookbook...
No comments: